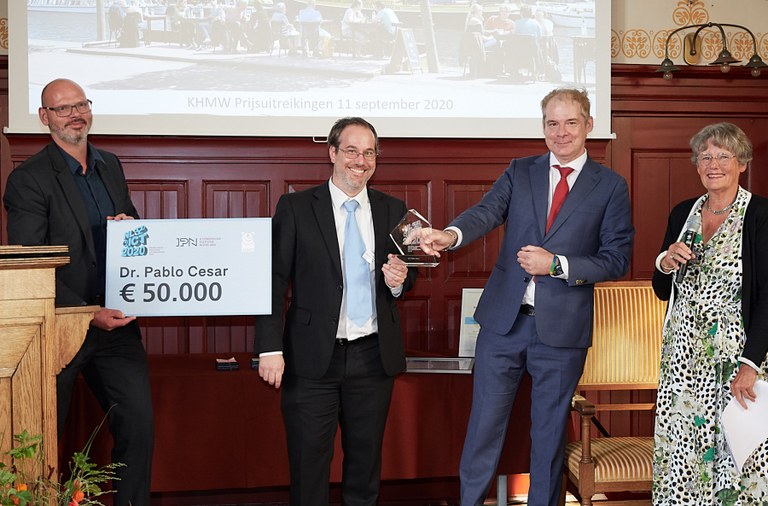 Last week Pablo Cesar was awarded the Dutch Prize for ICT research during a festive ceremony at the Hodshon House in Haarlem. NWO released a video in honor of Cesar’s work, in which he explains the focus of his research.

Pablo Cesar (group leader Distributive and Interactive Systems at CWI) received the Dutch Prize for ICT research from Louise Gunnings, president of the Koninklijke Hollandsche Maatschappij der Wetenschappen (KHMW). The prize is awarded jointly by the Dutch ICT research platform IPN, NWO and the KHMW. The livestream was recorded and can be watched here.

Cesar’s research focuses on improving the way people communication and access media. The two main pillars of his work are affective computing and human-centred multi-media systems. The jury praises Cesar for his impressive scientific achievements and his ability to communicate his research in an understandable way. Cesar reaches and inspires people inside and outside his field.

Besides the € 50,000 prize money awarded to the winner, NWO made a video of Cesar, which described the award-winning work and its impact, for distribution to high schools, universities and other knowledge institutes. The video is online now and can be watched via CWI’s YouTube channel.