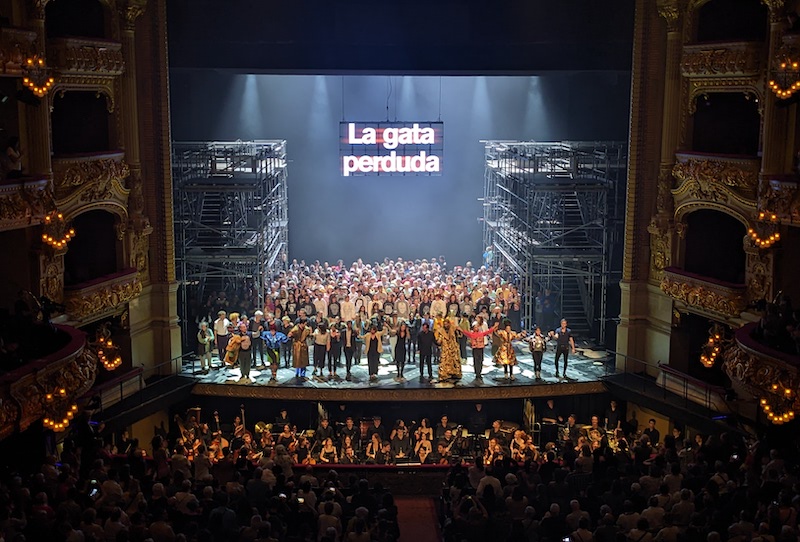 On 5 October 2022 the world witnessed the premiere of La Gata Perduda (The Lost Cat) at the Liceu opera house in Barcelona. This novel opera was created by the Liceu and migrant residents from the vibrant Raval neighbourhood. CWI’s Distributed and Interactive Systems (DIS) group played a special part in the process: it developed the Co-Creation Space (CCS) to support the creation of the opera in a digital environment.

La Gata Perduda tells the story of an iconic cat statue stolen from the Raval. The opera presents a struggle of a controversial neighbourhood rebelling against oppression and manipulation by the upper class establishment, and embodies the spirit of diversity, resistance, and hope. The creation of the opera together with the Raval community is part of the TRACTION project. A main goal of this project is to support social transformation of inequality, using technology to help diverse communities across the European Union consume and participate in the creation of an art form that is rich in tradition, but struggles to convey its relevance to modern audiences. This groundbreaking project has included collaboration between Liceu professionals, and non-professional musicians from the Raval.

To support artistic co-creation dynamics, and as part of their effort on digital humanities, the Distributed and Interactive Systems (DIS) group from CWI developed the Co-Creation Space (CCS). The CCS is a platform that supports professionals and community members from diverse backgrounds to engage in creative discussion about media in a ‘safe space’. Developed over the three years of the TRACTION project, the tool embodies a user-centered process, from gathering requirements through focus groups, mapping user journeys through personas, use cases, storyboards, and wireframes, and evaluating the tool through usability studies. The tool is an example of the human-focused intelligent systems researched at CWI. 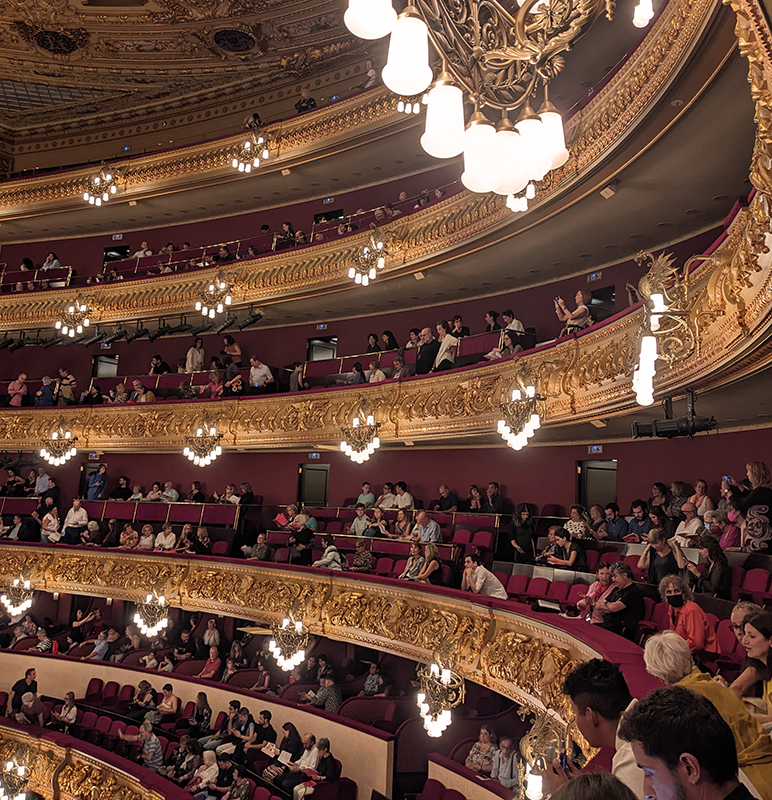 The public at the LICEU

From October 2021 to August 2022, the DIS group conducted an open pilot of the tool with professional musicians and non-professional choir members from La Gata. The CSS supports collaborative interpretation of musical expression, so that a consistent style would emerge within the performance. Over 43 weeks, 206 users from 11 community choirs participated in the trial, including 198 non-professionals and 8 professionals. Participants used the tool to upload and discuss sheet music, audios, and choreography for the chorus, give calendar updates, and to share and reflect on social experiences. In the first weeks, a participant explained that the CCS was ‘a space to compile rehearsal materials and moments’. As the choirs transitioned from learning music independently to rehearsing together, the Co-creation Space became a place to ‘show the show’, sharing media about rehearsals and performances of the opera experience.